Who cares about Politicians and their sex Scandals?

Honestly, I turn on the TV last two days and all I get is news about this dumbass politician that ran off to have an affair with some woman somewhere, then he gets on the podium, looks VERY VERY glum, and APPOLOGIZES! Come on!? He enjoyed it, why appologize? Its like building a fence, then saying, oh I’m sorry I built a fence, I feel so bad.  Come on he did it because he wanted to, it was a choice he made and he doesn’t need to be sorry for it because he obviously chose to do it. 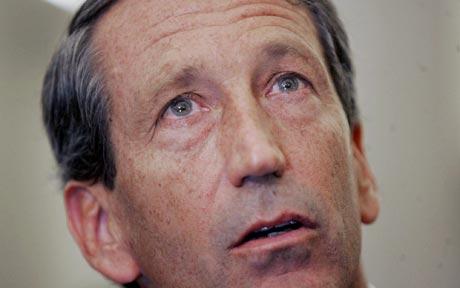 Its like all of them are sorry once they get caught, but who cares, take it with a straight face, so your marriage sucks, so you cheated, you don’t need to appologize for your private marriage / relationship.  Besides who cares?

I honestly don’t give 2 craps, its just a huge joke that the US media goes after this like hot cakes. Its just some guy, that cheated, get over it.

I just had to vent, as its getting really annoying.